i'm so excited about this quilt! i'm so proud of it, and i want to dance around and show it to everyone i know. ta-da!! yaay!! remember, i posted my in progress picture the other day? it looks different, huh? to recap, the fabric line i'm working with is Outfoxed, designed by Lizzy House for Andover.
the fabric isn't available most places yet - Spool of Thread was one of the first in North America to receive it, which NEVER happens in Canada! i went in to pick up a yard of Kona for something else, and there it was! I'd seen it online, and yeah, it's cute, but honestly, it is so AWESOME in person! i added a few Konas, amber, lupine, tangerine, plum and sable.

i started out with a wonky log cabin. after i'd made it as wide as i wanted the finished quilt, give or take, i cut it into two. i added strips to the top of one side and the bottom of the other, and a few in the middle to add a bit more width, and sewed them back together. this was the sketch that I started with, the only sketch i did. this was my first real improv quilt. for all the quilts i've done in the past, i've plotted out a lot more details, and measured a lot more. i'm so happy with how it turned out! i used two different colours of thread to quilt it, an orangey yellow for the vertical quilting, and a plummy purple for the horizontal quilting. i "quilted the crap out of it", as usual! i purposely didn't wear quilting gloves, so i didn't have a great grip on the quilt as i was quilting, and i quilted it quickly (though it still took forever!), purposely allowing the lines to swerve a bit, and not end up perfectly straight. for the larger Outfoxed print, i quilted around the triangle trees and along some of the branches. i backed it with a solid brown flannelette, because i LOVE flannelette backings, especially when the quilting is super heavy. the label is a kona, though i don't remember what the colour is called. i try to always use preshrunk fabric when i'm machine embroidering, because it'll pucker when it shrinks otherwise. i have a seperate stash of preshrunk konas for hand and machine embroidery. i really wanted to include the selvedge in my label, but somehow, with all of the prints that i bought, i didn't manage to get a full selvedge that included both the name of the fabric line, Outfoxed, and Lizzy House, the designer's name.

i was going to give this away, and i know that my planned recipient would love it - but i love it too! plus, there's this..... i have a different idea for a quilt to give away, so i think this one will live with me instead.


i'm linking this up with {Sew} Modern Monday and Fabric Tuesday (once it posts!). i'm also entering it in Stitched in Color's Celebrate Color - and as i said the other day, i know that i used the same fabric as the prize for October, which feels kind of weird, in that "wearing a band tshirt to the concert" kind of way, but oh well. i'll live with it, because i just couldn't resist the fabric! 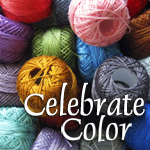 and because i'm so excited about it, i'm also linking it to amylouwho's new Sew and Tell Fridays, amanda jean of crazy mom quilt's Finish It Up Friday, and Angie of Stitching by Starlight's Finished It Friday. OOOH I looove it! It turned out awesomely- sooo gorgeous!!

You should be proud! This is totally awesome!

Those colors are to die for! Great work!

Oh, Amy, wow! I can't take my eyes off your quilt, the shapes are so interesting and the colours are great! You're bringing it on Thursday, right?

Amy, this turned out marvelously. improv is indeed foxy!

Amy its an improv triumph!!! And you didn't quilt it fast, sister, that was Turbo! I can't tell you how much I live this.

Great job Amy; I just did one big log cabin block and I wish I had thought to cut it in half. Will we get a chance to see it on Thursday night?

You are so dang lucky getting this fabric early! WAY jealous and I think you did a fantastic job with it!

LOL! I've done that before, fallen for a quilt that I can't let go. I can see why, it's lovely!

This is the best thing I've seen all day! Love it!

This is really beautiful! I love it!

This is an amazing quilt! Your improv is great as is all your quilt - very cool!

Super clever idea (chopping the cabin) and I love the way you've quilted it. And how cute are those hedgies? Squee!

you may know it's been on pinterest! looks great!

You cut the log cabin in half - genius! I liked it before, but the after is so much more interesting!
Great job on the quilting as well...makes me want to touch it!
Also, the band tshirt comment made me laugh. Sometimes it's cool. (when it's Pearl Jam)

Awesome improv! And that fabric is adorable. I can see why you're so excited!! Congrats on a great finish! :o)

Rachel at Stitched in Color said...

Gosh, this is really original. I love what you've done with cutting and repiecing. Cool!

Wow - this is gorgeous. Love the colors, the piecing, the quilting - all of it! Beautiful!

this is really striking! and those foxes are just so cute!

Gorgeous! I have been drooling over Outfoxed, and I really hope I get some for Christmas. :)

i found you via the lizzy house flickr group - what an AWESOME quilt!
i think it's the perfect piecing to showcase the fox. amazing!!
can you tell me the dimensions of your finished quilt?

that must have taken guts to chop your quilt up. but it was SO worth it! it looks amazing!!! i love your quilting, too. perfect!!!

thanks for linking up to finish it up Friday!

This really is fabulous. I have ordered my fq pack of Outfoxed, but sadly, they've messed up the order to my friend's shop TWICE. Ugh.

I love the solids chose, too! Bravo!

fabulous!! I love that you cut it in half and reassembled it. And the colors are great. it's brilliant!